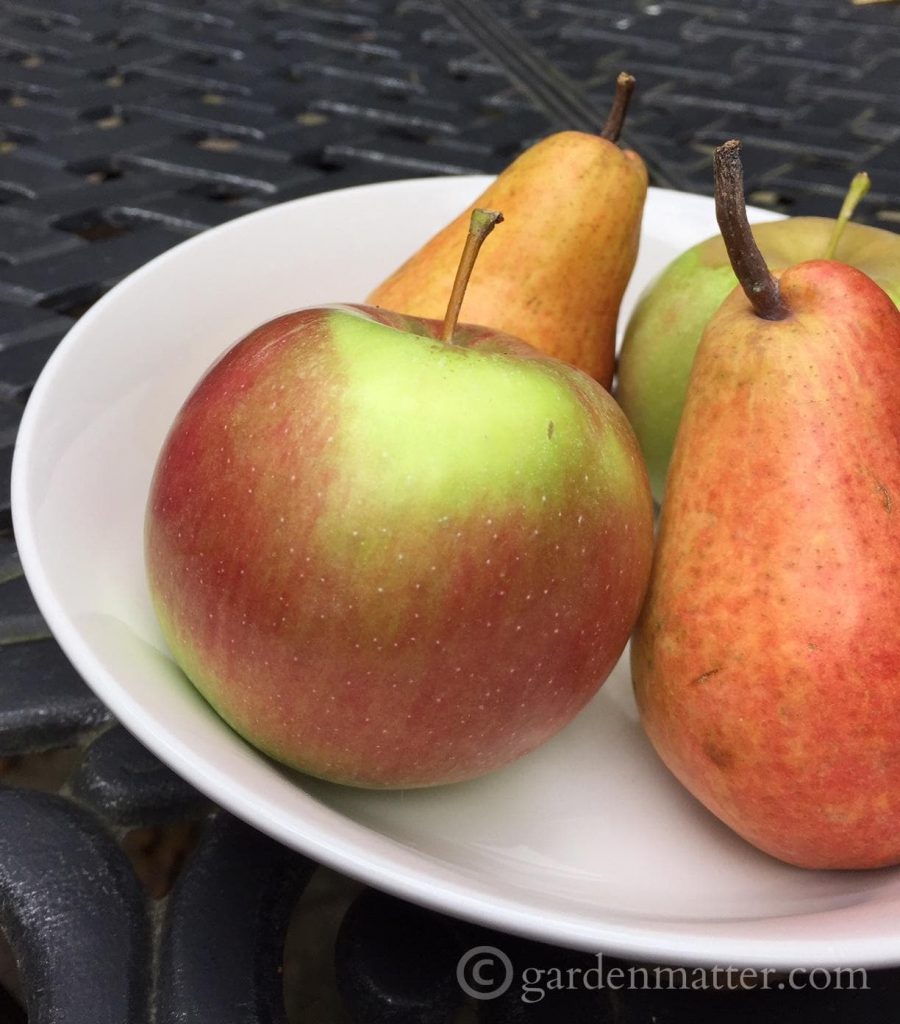 Apples and pears are fresh from the orchard and readily available this time of year. I purchased some from Simmons Farm, just a few miles from my home. They had several to choices including Gala, Empire, Red and Golden Delicious and several others. I chose the Idared apple because it's new to me, and described as an old fashioned type, which holds its shape and is a good choice for baking. They were very pretty, red and green in color and a nice medium size. I needed 10 to make my apple crisp so I bought a whole bag. As you might imagine this recipe serves quite a few people, so I used my oval baking dish similar in size to a typical 19 x 13 rectangular pan. 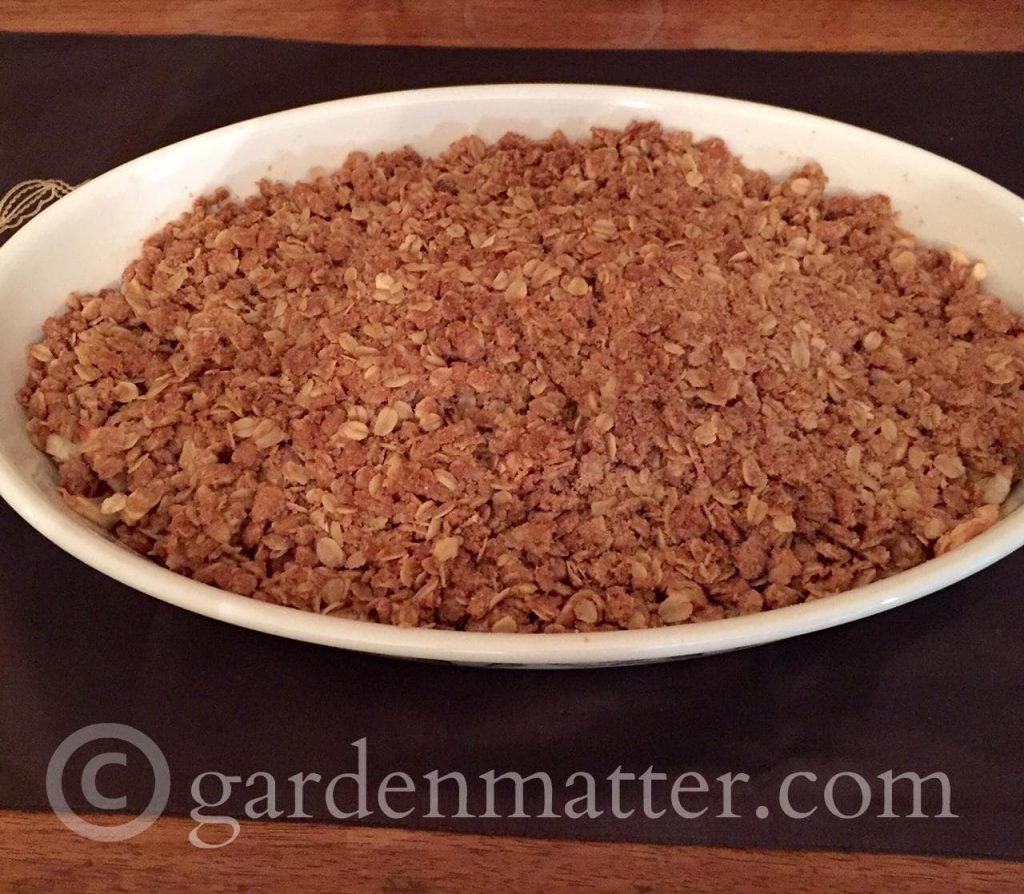 The pears I chose were small Red Barlett pears.  My sister makes a great crostini appetizer with fresh figs and blue cheese. I wasn't sure I would be able to find fresh figs so I used a nice fig & olive relish that my other sister gave me, and added Gorgonzola cheese on top. Since I wasn't using fresh figs and the relish had a salty taste, from the olives, I decided I needed to add some sweetness. Hence the pear slices. I'm happy to say that they turned out great. 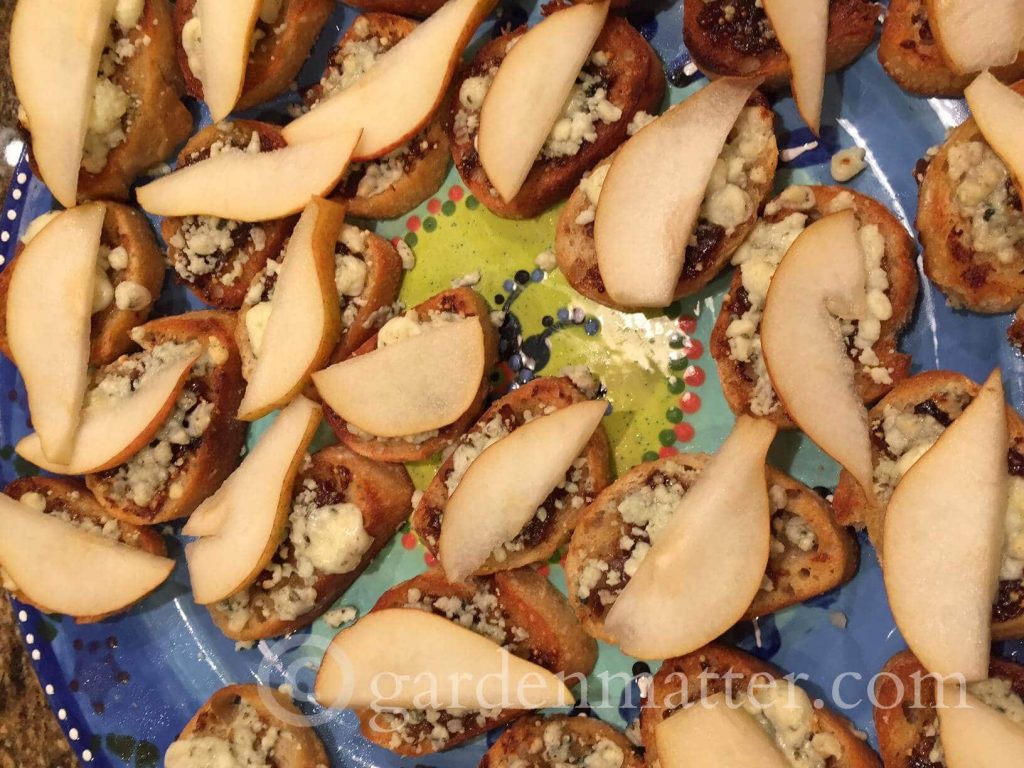 Now you have a new appetizer and dessert recipe to try. Time to invite over some friends. 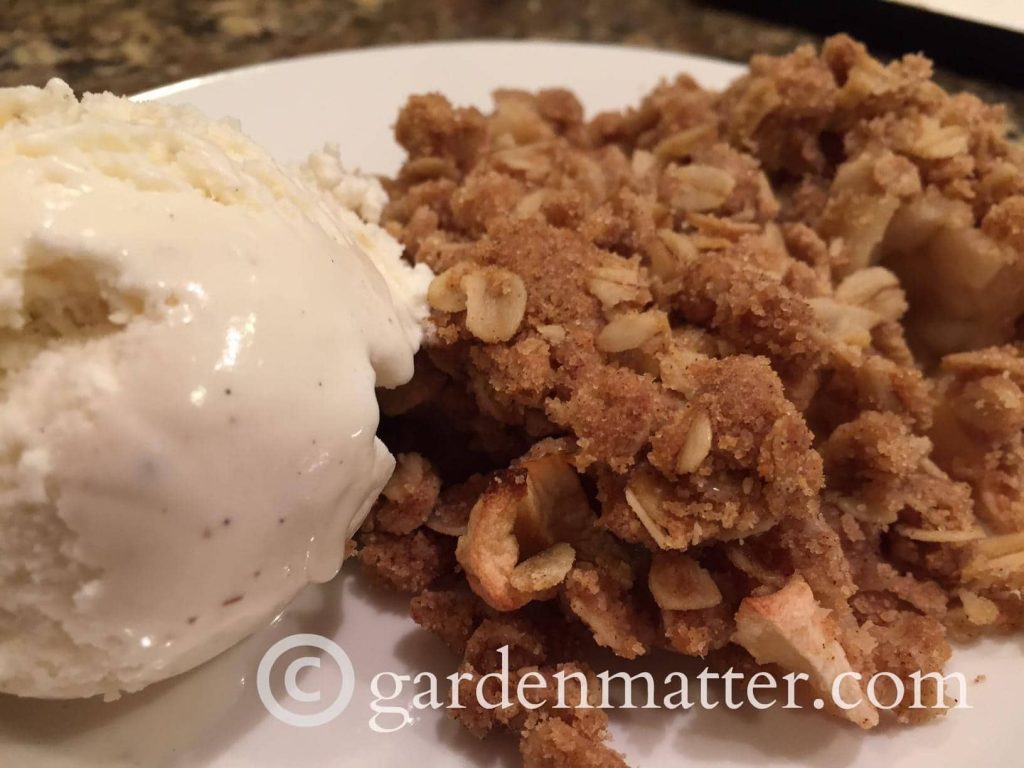 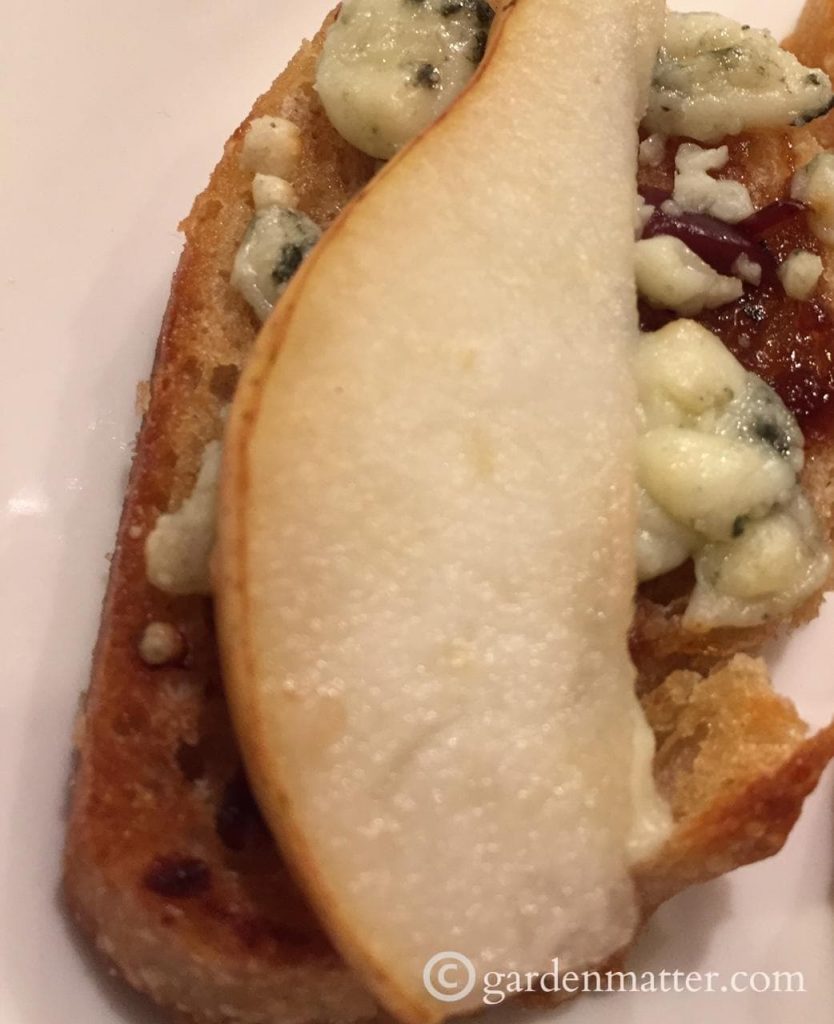 Here are the recipes:

Crostini with Fig and Olive Relish, Gorgonzola Cheese and Pear 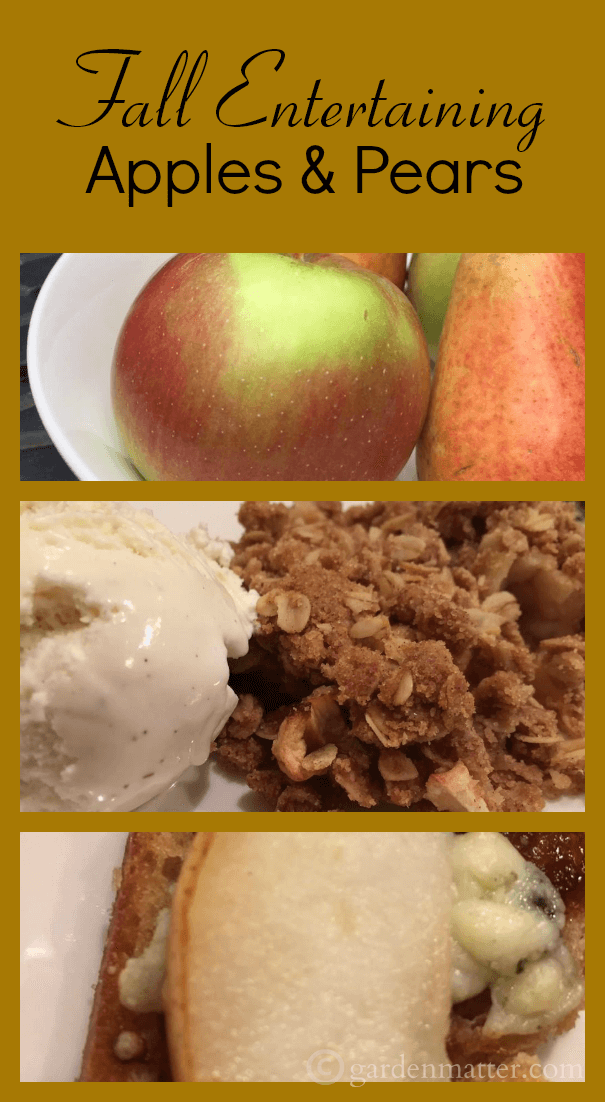