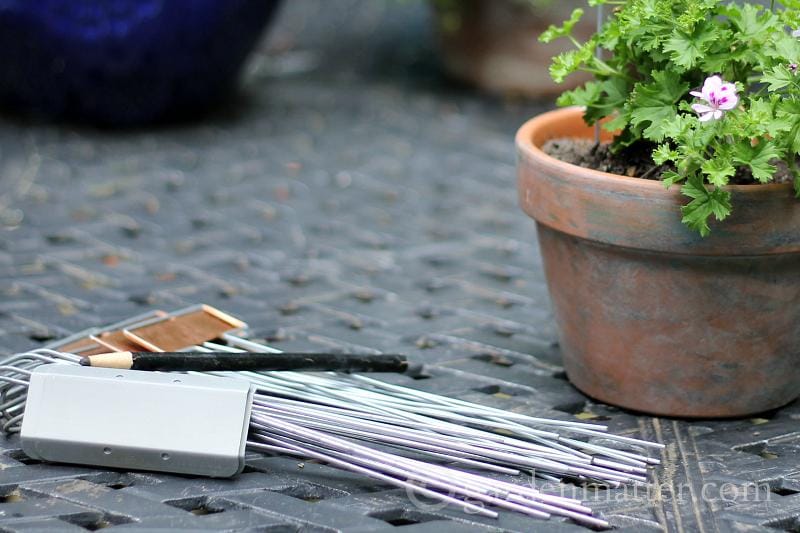 I have a bunch of zinc and copper garden markers that I should be using in the garden. After all it's a lot easier to know what was planted where, such as bulbs and perennials, that die back during the winter. It's not that I don't like the look, I do. It's that I can never print small enough or legibly enough to fit the name and variety. Typically these markers come with a grease pen which is said to be able to withstand the elements. I have found this to be true to an extent but still would not be able to fit the name nicely. 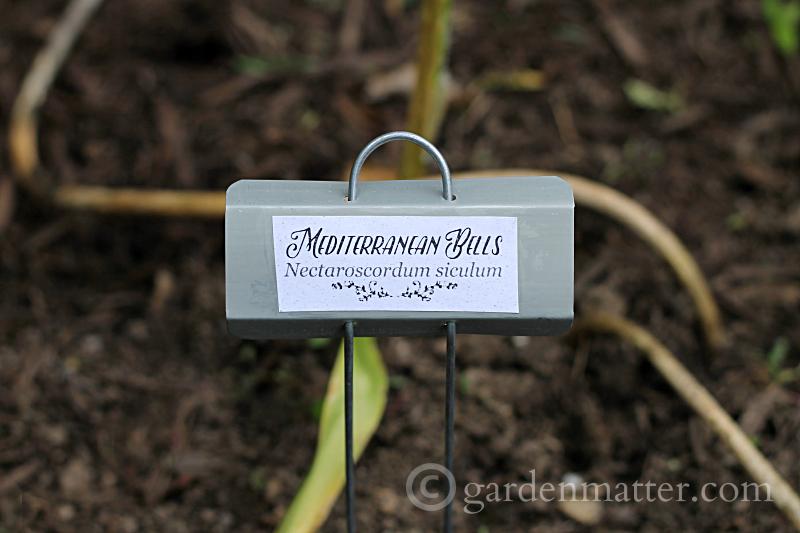 So I decided to create some labels on the computer with a cute font. Once printed I cut them out and glued to the markers with mod podge finishing with a coat of varnish. The picture above shows one marking a new bulb that is started to fade. 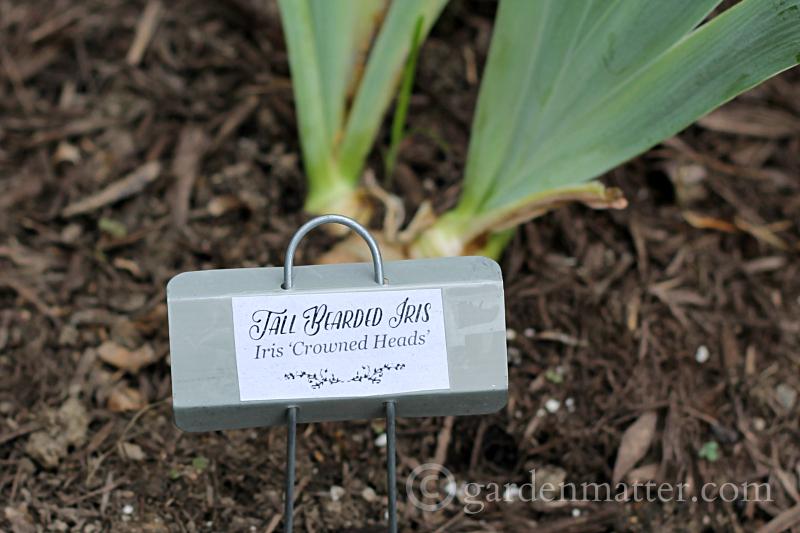 Here I wanted to mark a new iris that I bought. The past few winters have wrecked my iris even though I thought they were bulletproof. 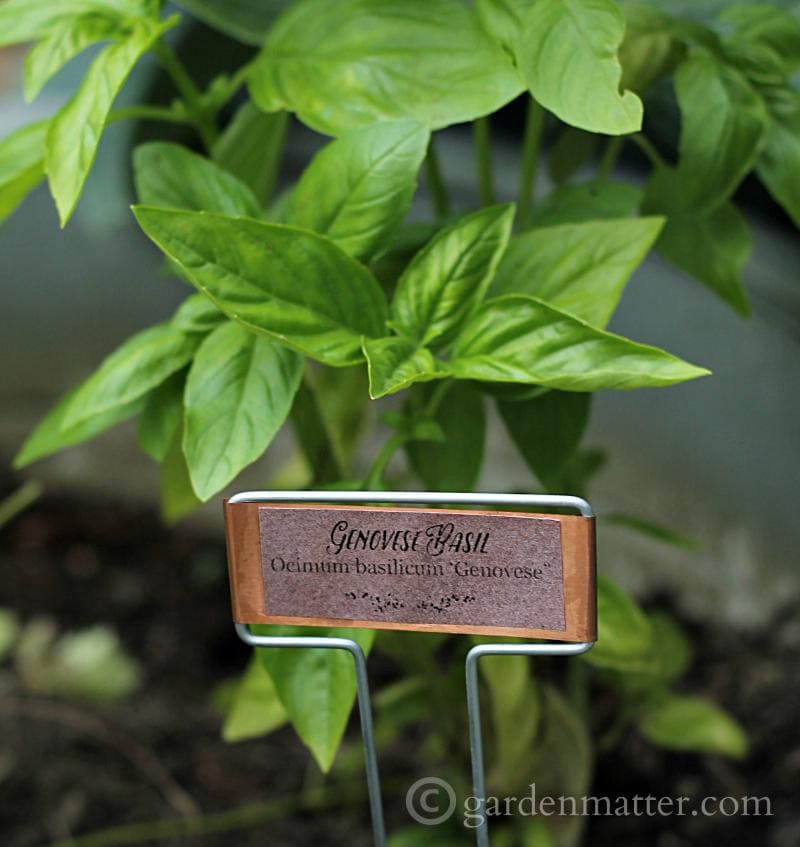 I used the copper markers for planters like this basil variety called Genovese. I decided to age the paper to come closer to the copper color with a little brown craft paint and water. 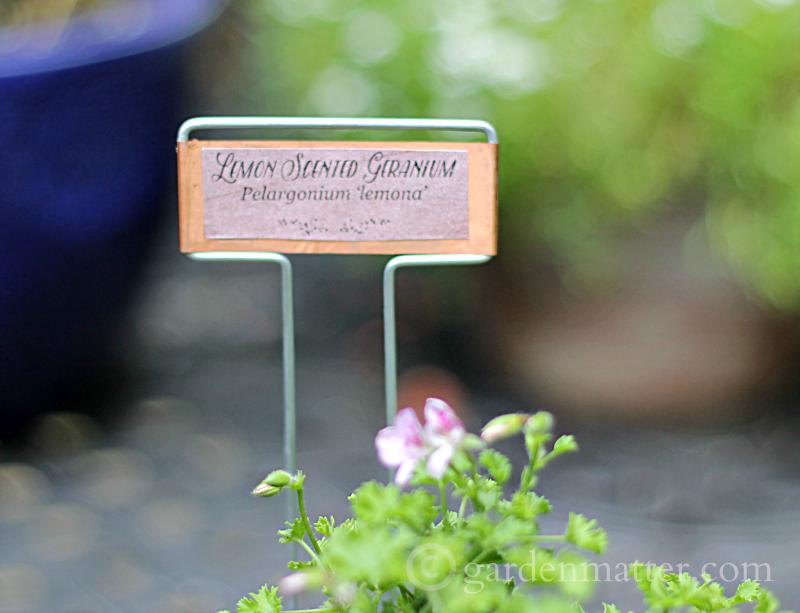 Another copper marker adorns this little lemon scented geranium  pot. I think it would make a great added touch for a gift.

Here is a Microsoft Word document that you can download, edit and print for your own personal use. 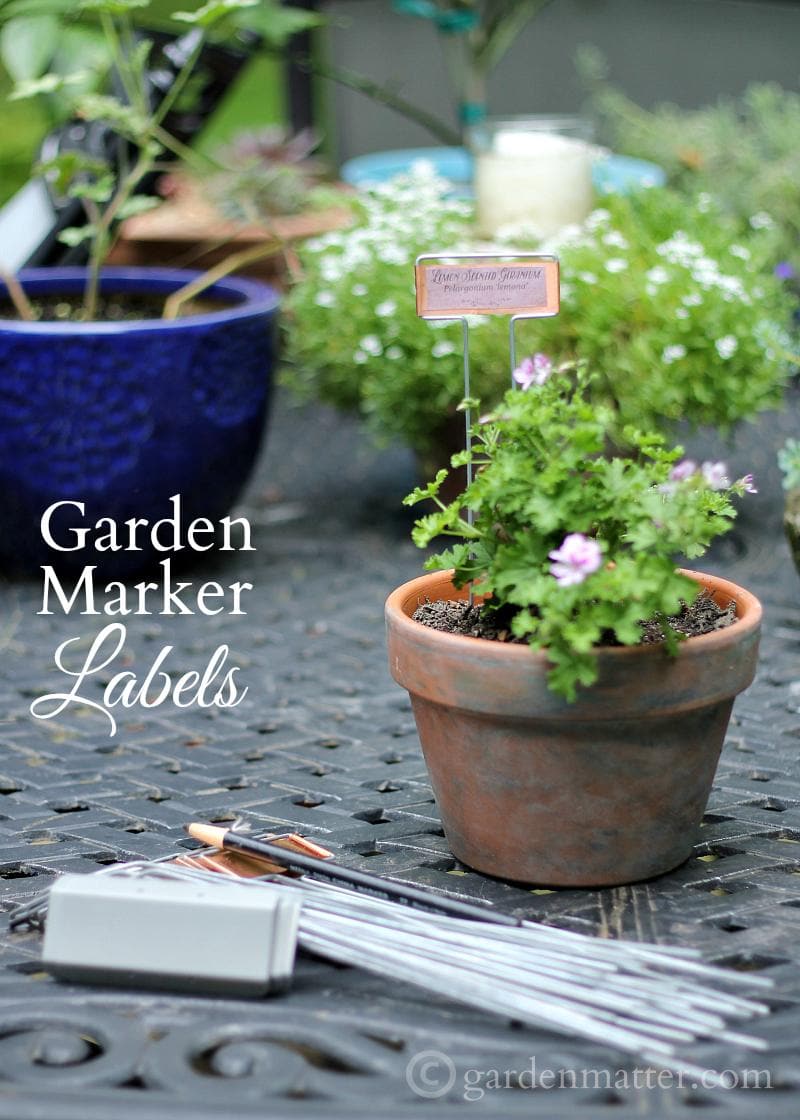