Learn how to make this simple potato egg and ham casserole made with leftovers. The perfect comfort food and a traditional dish from Hungary. 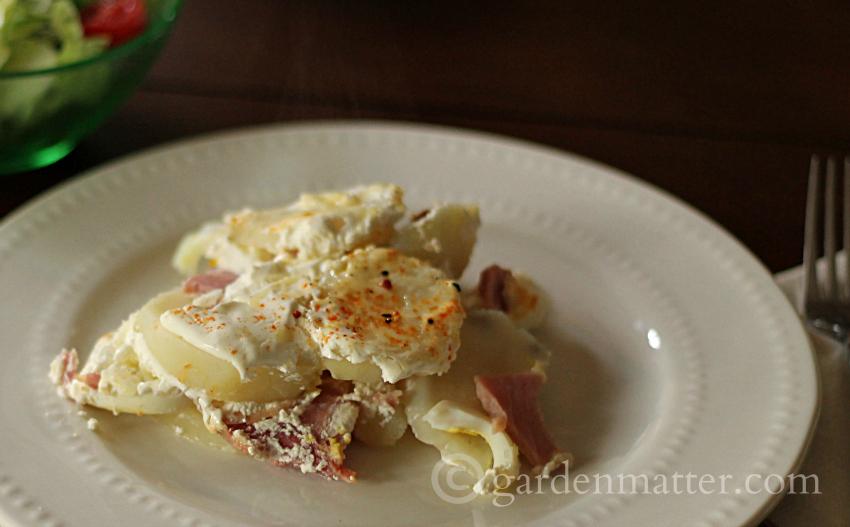 When I was in college one of my friends invited us to dinner at her Hungarian grandmother’s home. I remember that she made the most delicious potato egg and ham casserole. Thanks to the power of the internet I believe this dish is called Rakott Krumpli. Hosting Easter dinner at our house left us plenty of ham and boiled eggs so I thought I would try to make this casserole myself.

There are many recipes on the internet for this dish but overall basically the same. I reminded me of my scalloped potato recipe. You simply layer sliced boiled potatoes, sliced eggs, thinly sliced ham and sour cream in a buttered casserole dish. Cover with foil and bake removing the foil at the end to until the top is golden brown.

A couple of the recipes called for paprika, a traditional Hungarian spice, and some added cheddar cheese to the top and since I had a nice white cheddar on hand I decided to add it as well. I have to say it turned out great and I will definitely be making this again. I can’t believe I waited so long to try it. 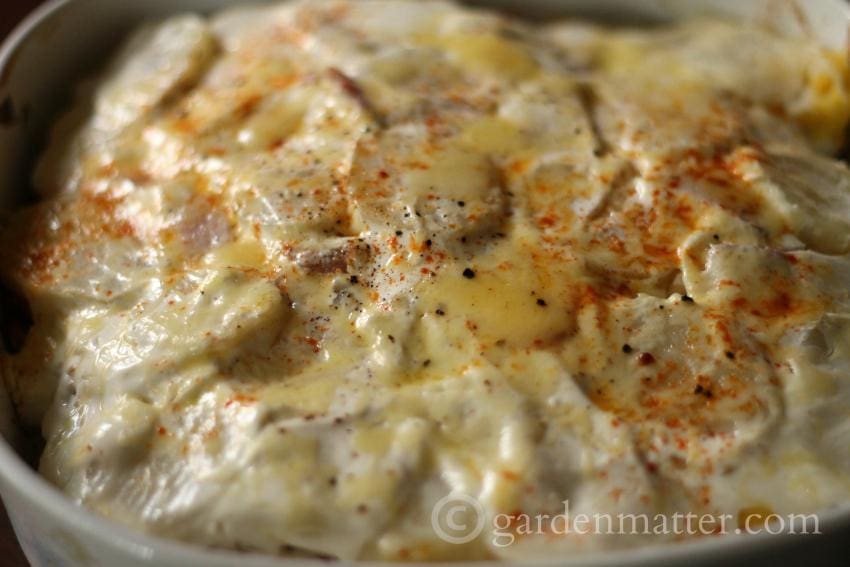