Living in Pennsylvania we are lucky enough to have lots of beautiful fall color and crisp autumn days. There are many festivals and activities at the local farms and neighborhoods, but sometimes you just want to get away.

Not too long ago while stumbling the internet I came across some photos of some beautiful waterfalls in a place called Watkins Glen. A couple of days later one of my co-workers was mentioning this very spot, as the place her daughter was going for her first wedding anniversary. So when my girlfriend was looking for someplace to get away for the weekend, I suggested Watkins Glen, and the four of us, husbands included, set off for a fabulous fall weekend getaway in the finger lakes region of New York. 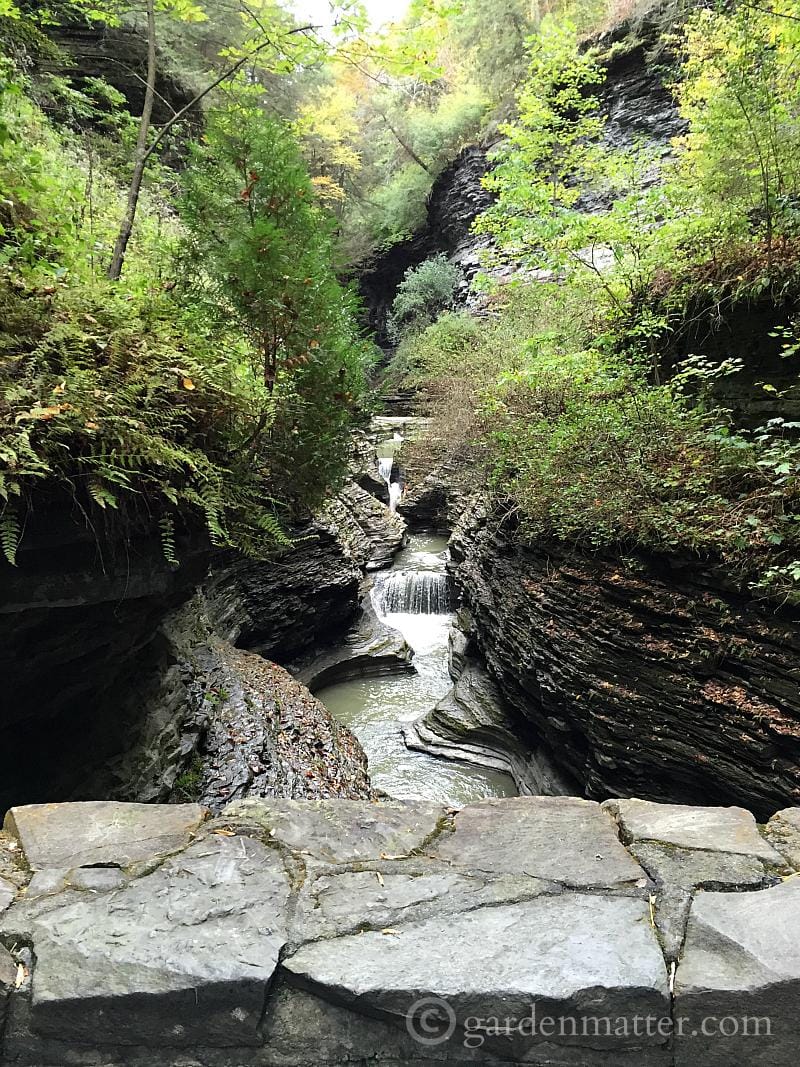 Watkins Glen State Park, located just south of Seneca Lake, was voted 3rd best, out of 6,000 state parks in a USA Today readers poll.  We couldn't have been more impressed. By sheer luck our GPS took us to the upper parking lot, so our 1.5 mile hike was mostly flat or downhill in this 400 ft deep gorge. At the end there was a shuttle that took us back to our car for $5 each. There was also a parking fee of $8 per car but that was all. 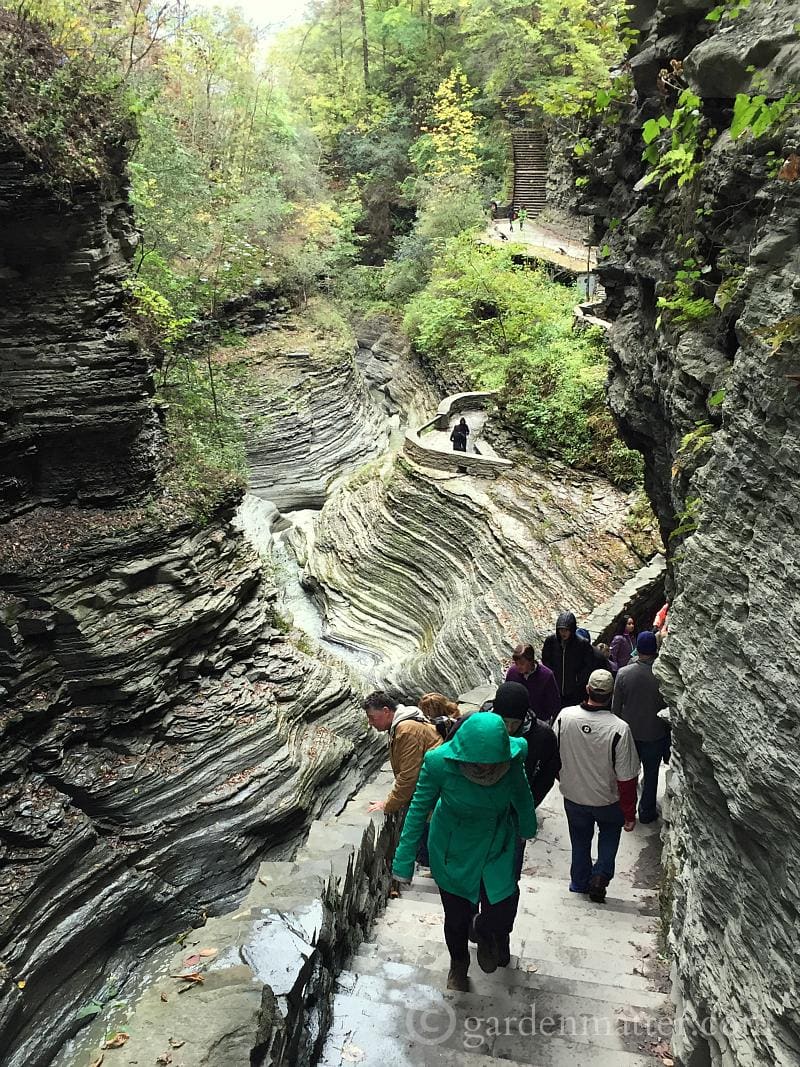 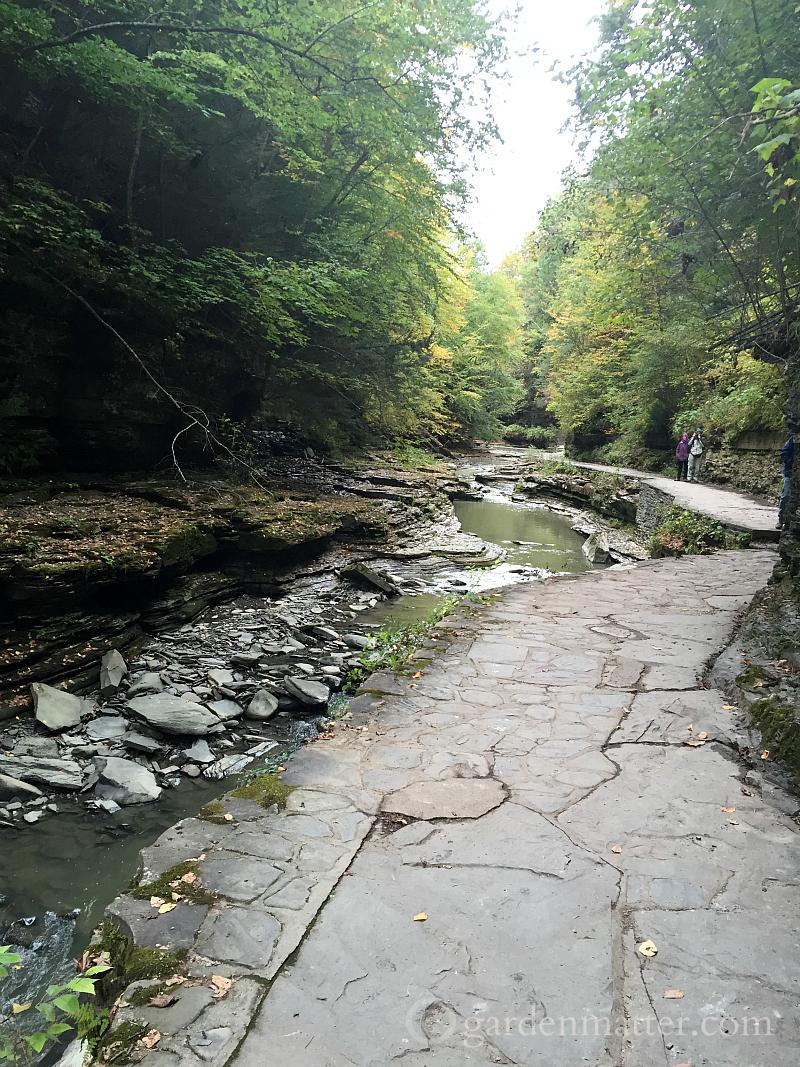 The trail, though narrow in some places, was well paved and not difficult. Somewhere we read that there are 832 steps on this one way trek along the lower gorge trail. 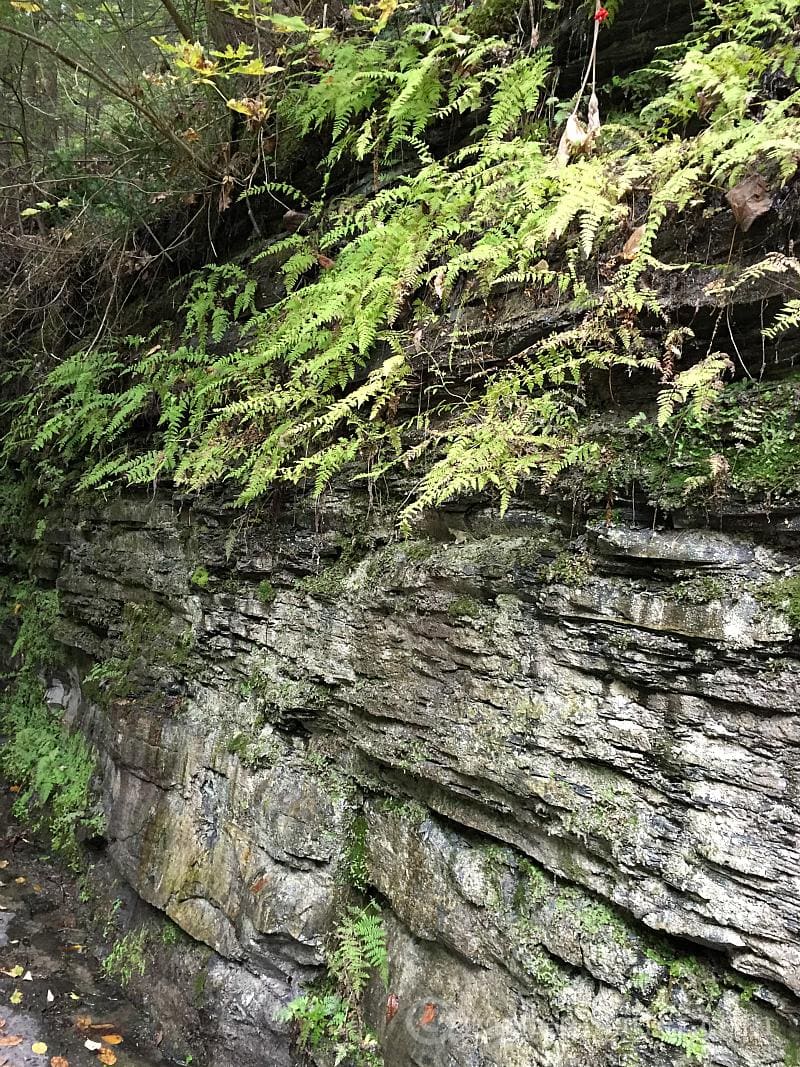 Everywhere the view was fill with fascinating rock formations and waterfalls and lush greenery. 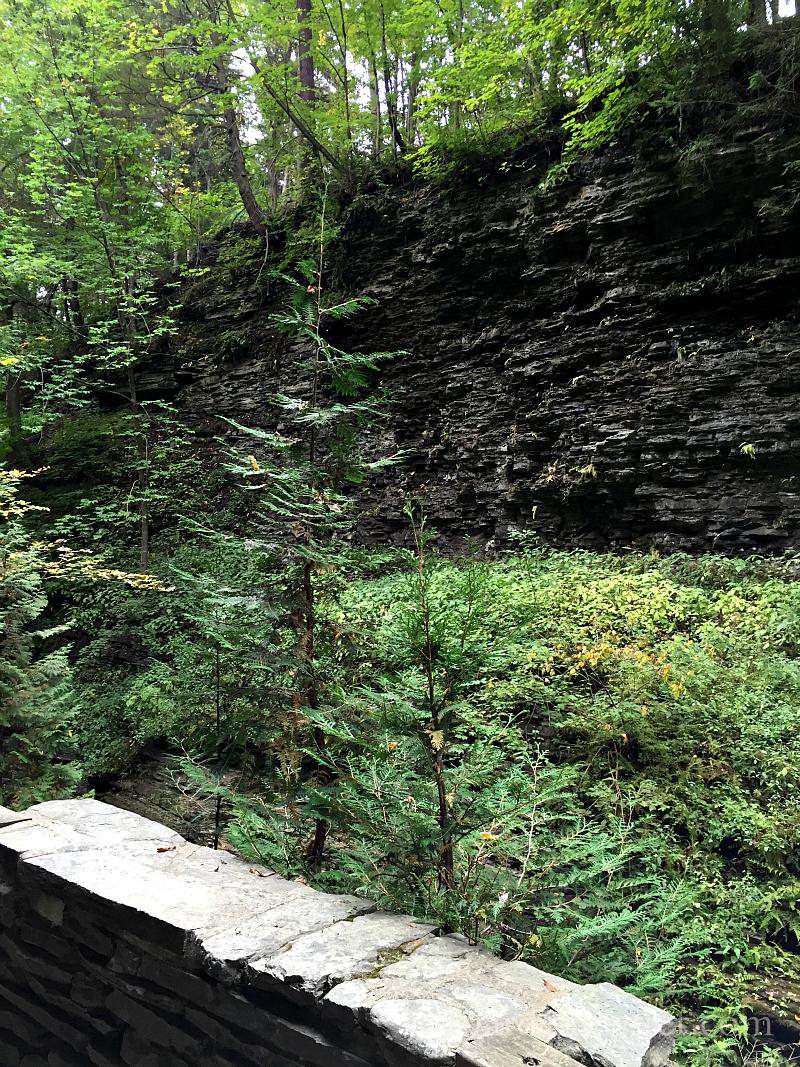 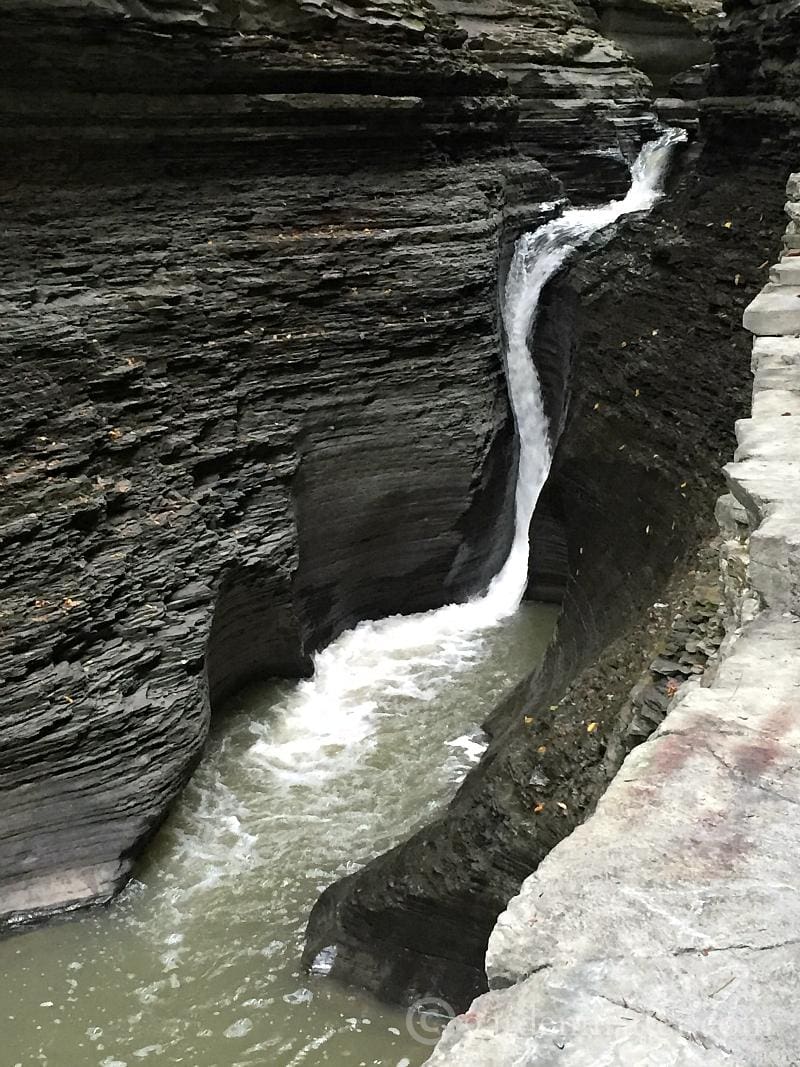 We didn't count them, but supposedly there were 19 waterfalls. 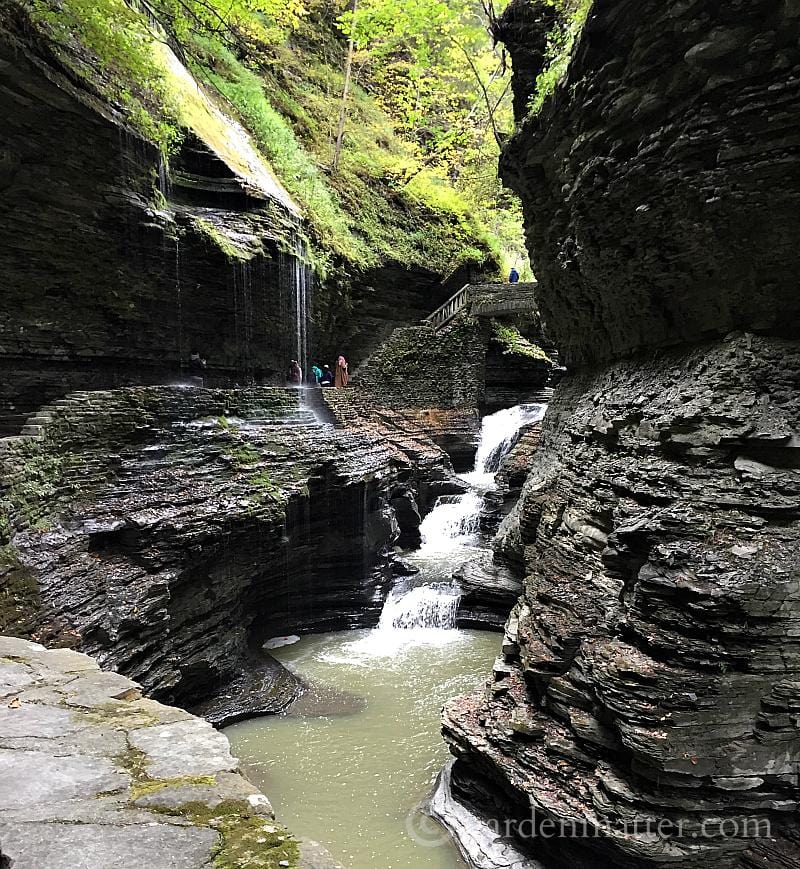 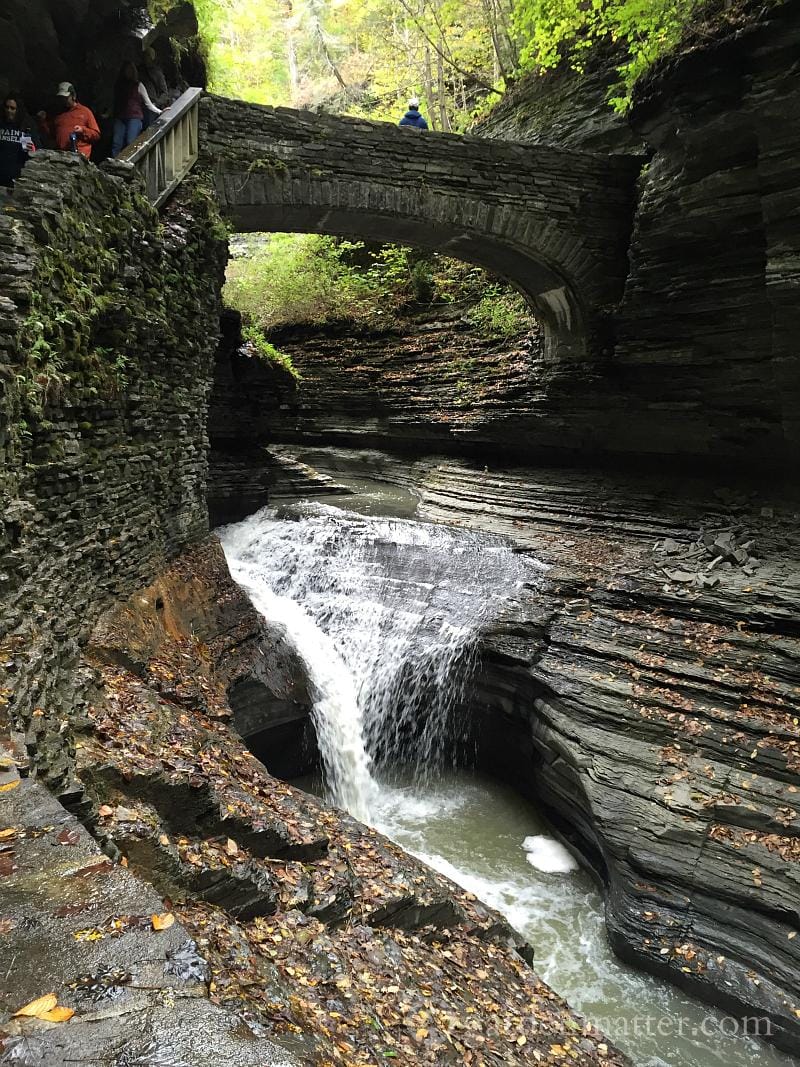 The trail wounds around and over a few beautiful stone bridges. 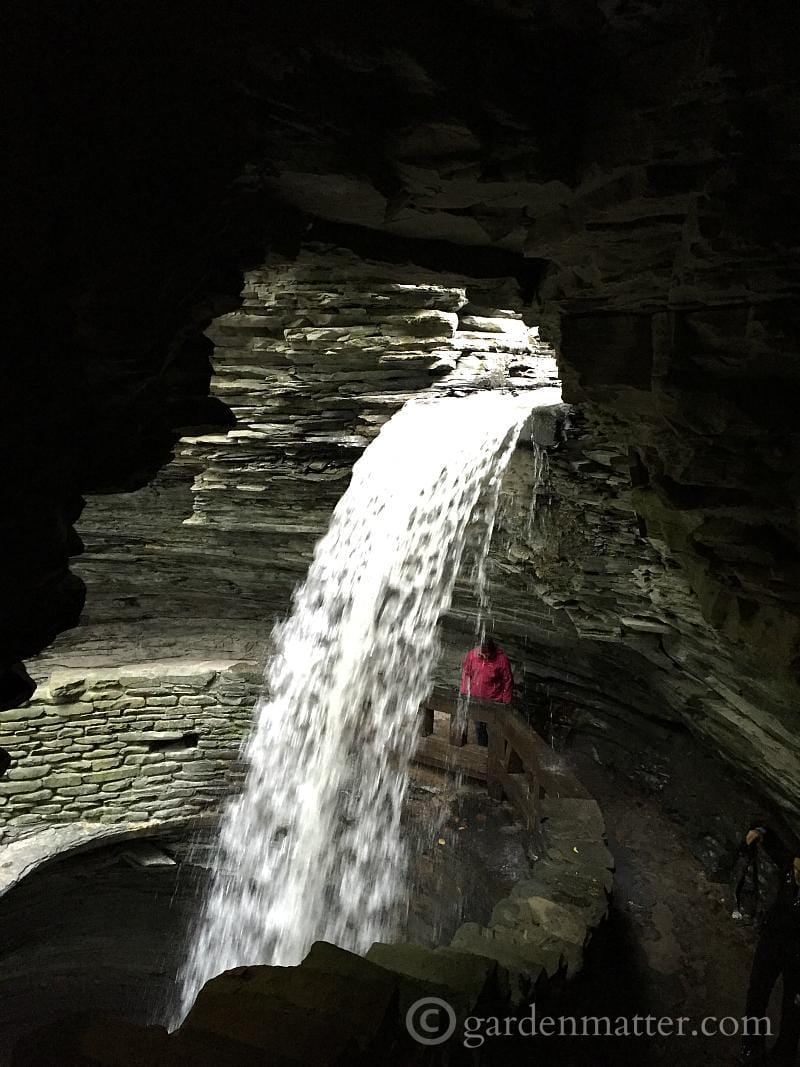 Towards the end of the trail you descend through a small cave, and come out behind a large waterfall. 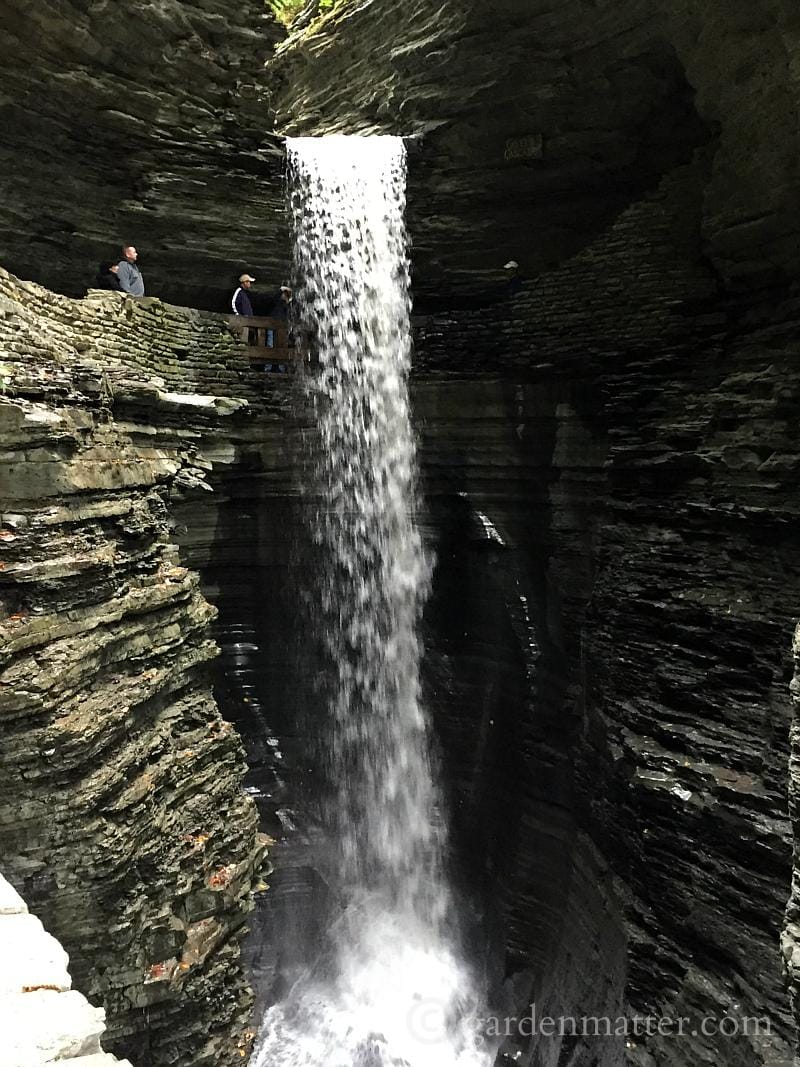 Such a gorgeous place to visit. Unfortunately the pictures were taken with my iphone because I was terrified that I'd drop my good camera. Heck, I was still worried about dropping my iphone.

After the hike we stopped at Bleachers, a local sports bar which had surprisingly great food, and then the girls went shopping while the guys stayed back to watch the game.

The weather could have been better. The temperature held in the upper 40's and it drizzled on and off but never really rained. All in all, a good time was had by all, and I'd definitely recommend this trip to anyone who loves nature and the outdoors.