A long time ago my husband cooked a ham in apple cider and we remembered that it was a big hit, so in keeping with the season, I decided to try something similar for Sunday dinner. This time we are making a spiced apple cider braised ham, which starts with a fresh ham shank. 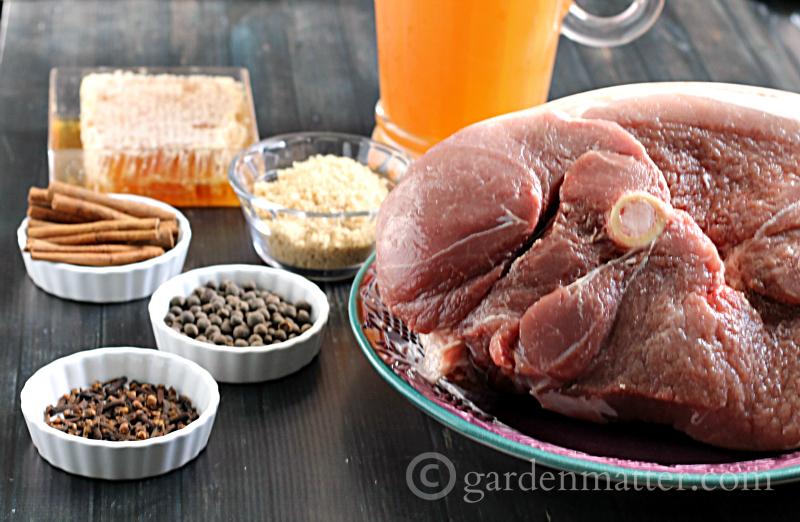 You don't often see fresh ham shanks in the grocery store, but I was shopping in the strip district with my sister and girlfriend, and we stopped in Wholey's, a huge market specializing in seafood and meat products. Originally I was looking for a country ham but when I saw the fresh ham shank I decided to give it a try. 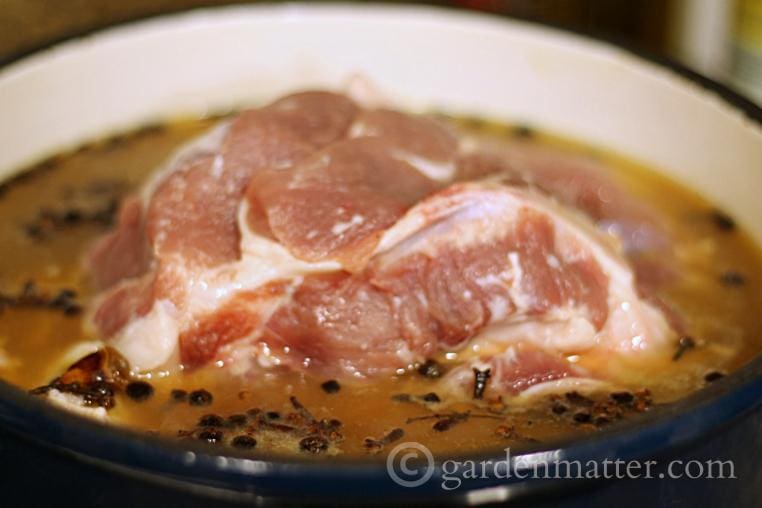 Using local apple cider, spices, and some brown sugar and honey we braised the ham for 3-4 hours until the internal temperature reached 160 degrees. 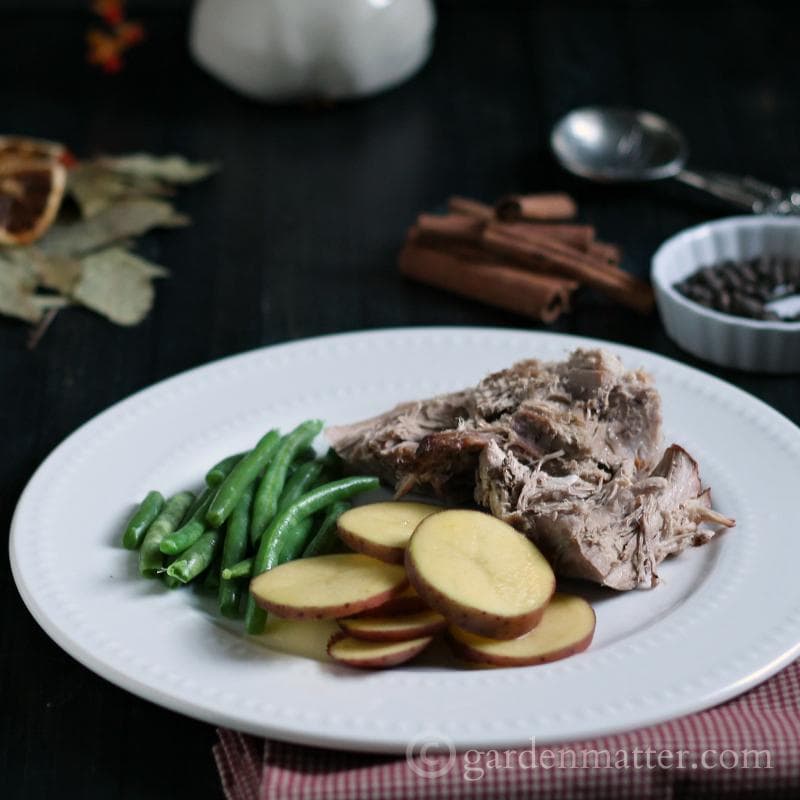 Okay, it really tasted more like a spiced cider pork roast and not at all like a ham. Still, it was something different and in the end we all liked it. My brother-in-law, a huge ham fan, ended up taking home the leftovers.

Sound tasty but prefer the taste of ham. Try this with a regular fully cooked ham. It should cook in less time and the internal temperature only needs to reach 140 degrees.

Did you make this recipe? 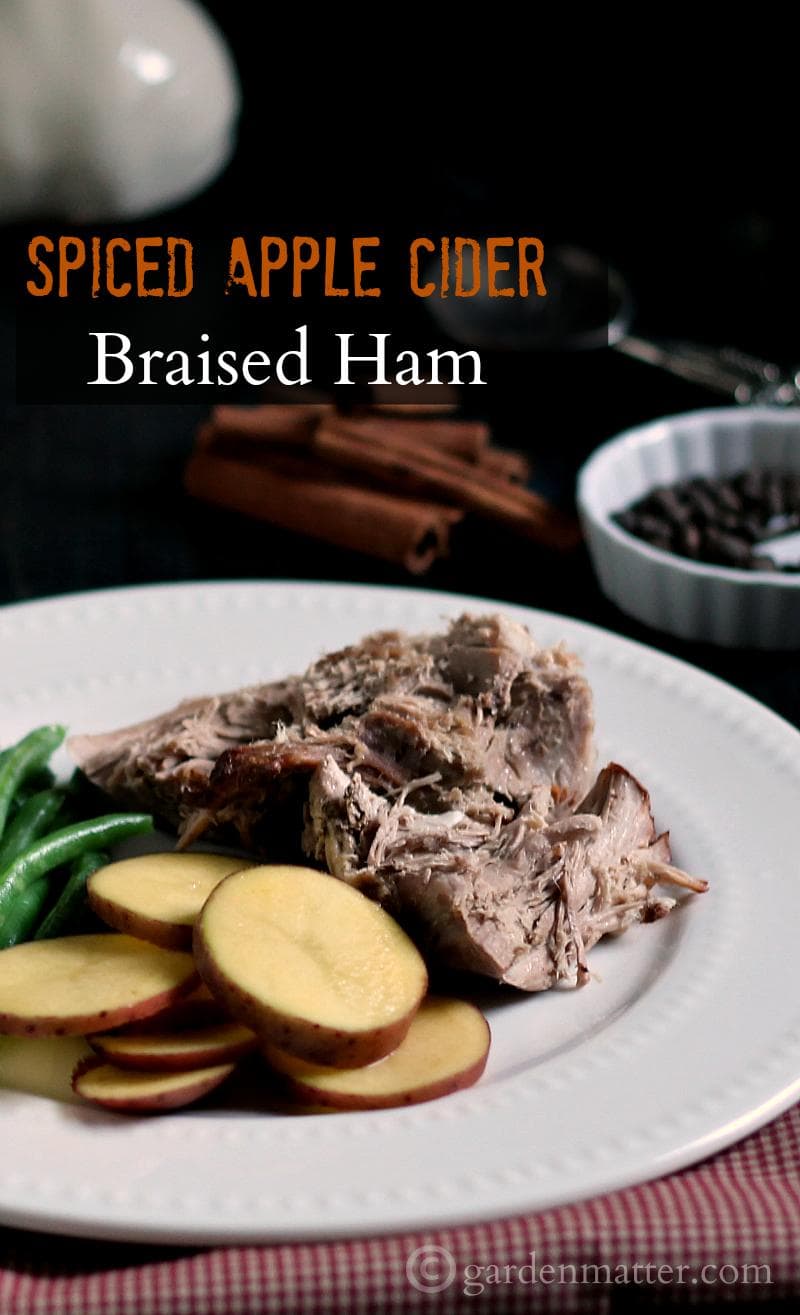