This recipe for spinach and ricotta pita bread pizza is easy to make and is a healthy alternative to traditional pizza with fewer carbs and more protein. 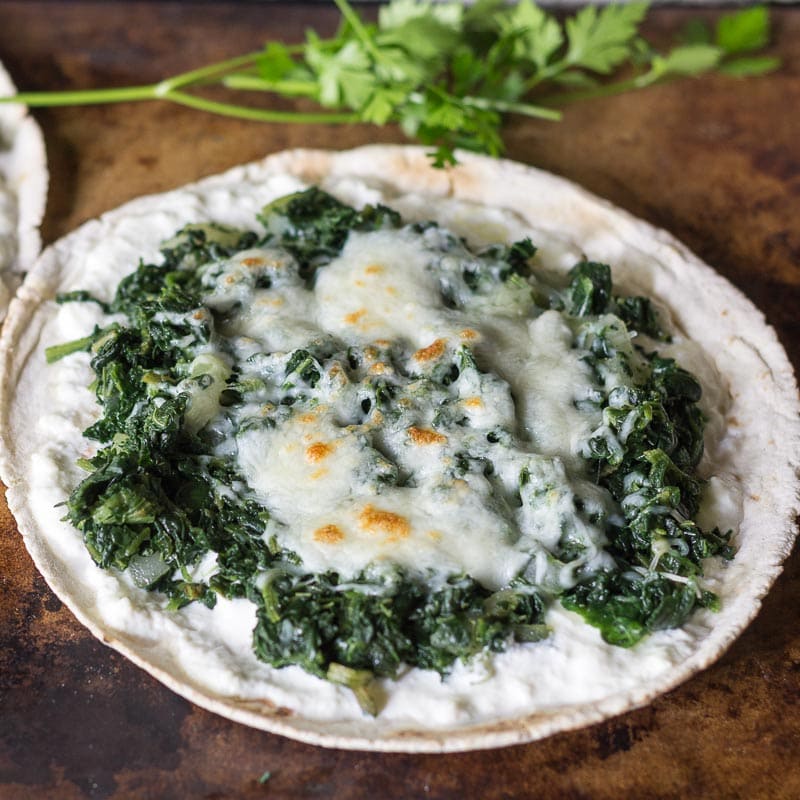 This is a tasty recipe that I often make for a quick lunch or light dinner. Spinach and ricotta pita bread pizza. It's a little healthier than traditional pizza. Mostly because I used pita bread instead of dough, and the spinach and cheese add a good deal of protein, which everyone needs right?

Recently I made homemade ricotta cheese from scratch, but store bought ricotta works very well, and if you want you can buy a light ricotta to lessen the calorie load. 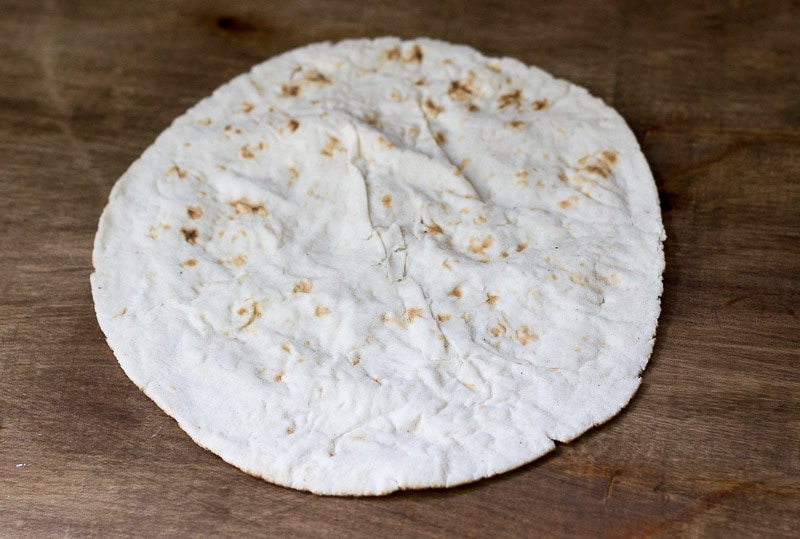 This really thin pita bread was purchased at a middle eastern market in town. We have pita pockets at our grocery store but they are not as thin. Other options include flatbread, naan or tortillas. 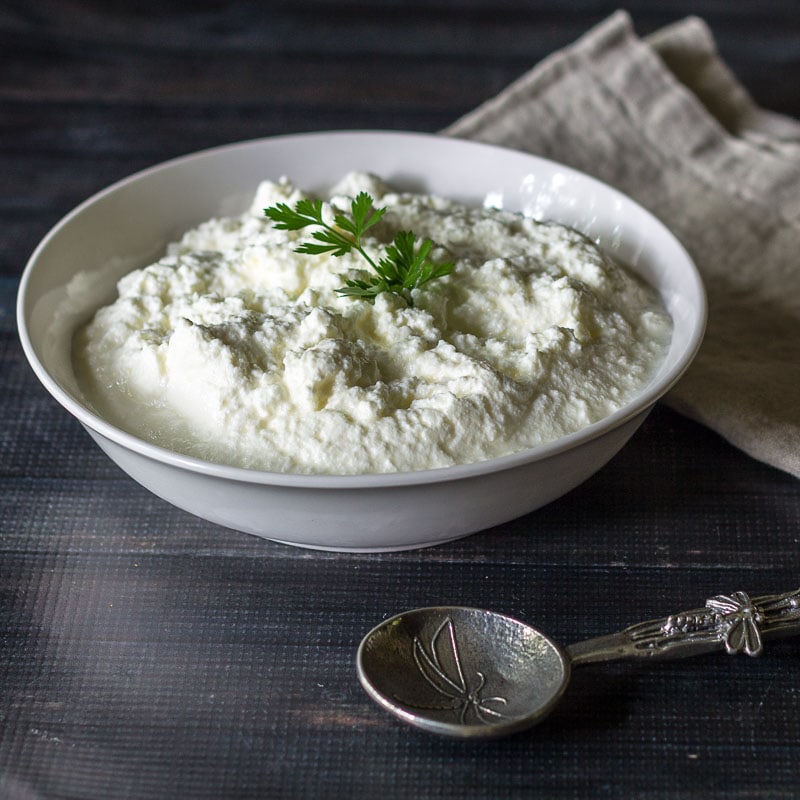 Here's a pic of my homemade ricotta. If you decide to make some, this recipe is a good use for it. 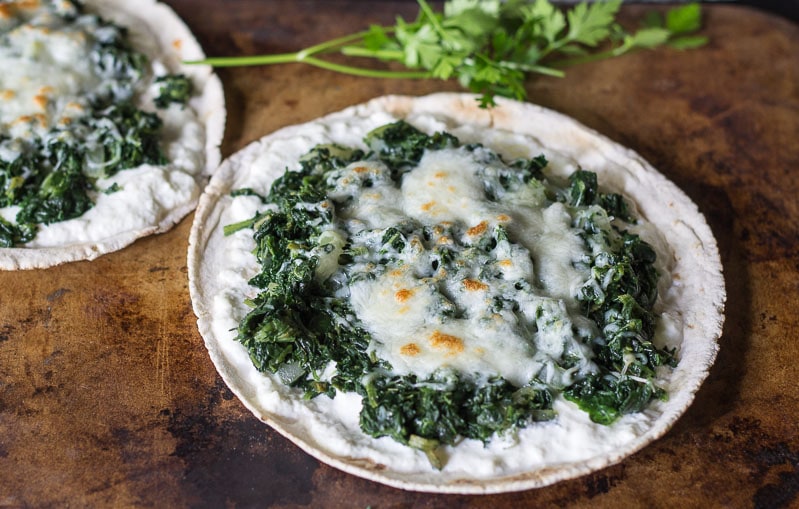 I saute onions with the chopped spinach, but other good choices would be garlic and/or shallots. If you like a little heat, chop up some banana peppers, or simply sprinkle on some hot pepper flakes.

This recipe makes enough for four pizzas, and they are pretty hearty, so you could even split one and serve it with a small side salad.

Previous Post: « Felt Flower Wreath Tutorial for Fall or Any Time of Year
Next Post: How to Easily Refinish a Wood Tabletop »