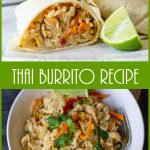 This Thai burrito bowl recipe has tangy flavors from Thai cuisine that you can easily make with chicken, cilantro and lime, for a tasty dish. 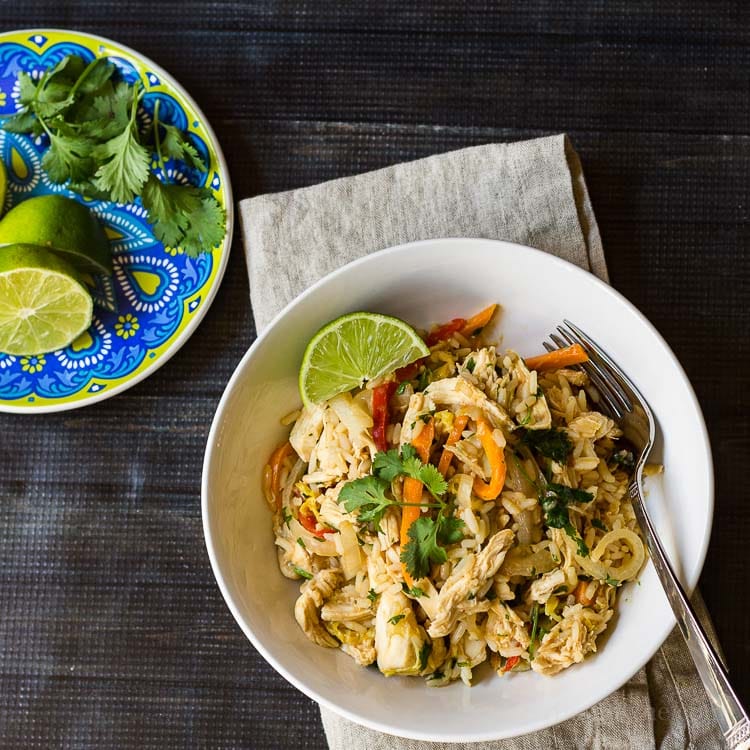 While I was visiting an old college friend in Atlanta, we went to a local Mexican restaurant called Elmyriachi. My friend suggested that we order their Thai burrito bowl.

I don't know if it was the yummy Margarita, or if I was just hungry, but that was one of the best things I ever tasted. So, of course, I tried to recreate it at home. The menu listed some of the ingredients, one of them was mung bean sprouts, which can be hard to find, so I used Napa cabbage. 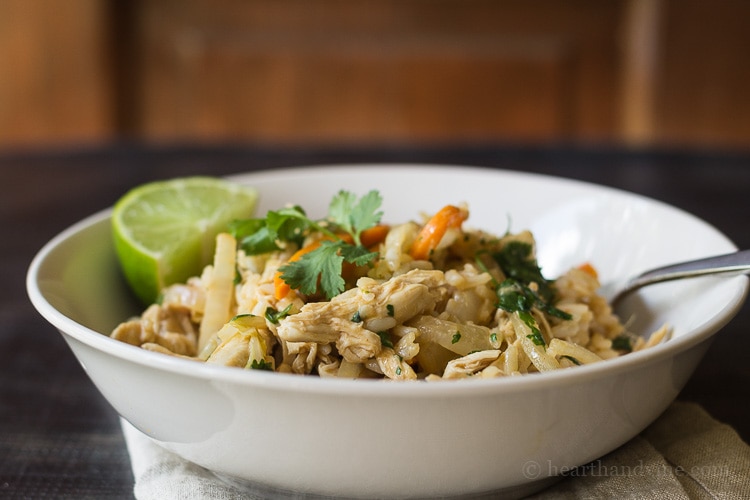 The combination of cilantro and lime is a favorite of mine. You may recall I made a cilantro lime vinaigrette a while back.

This flavor profile was definitely present in the burrito bowl. I think the other key ingredient is traditional Thai peanut sauce which adds a spicy kick. 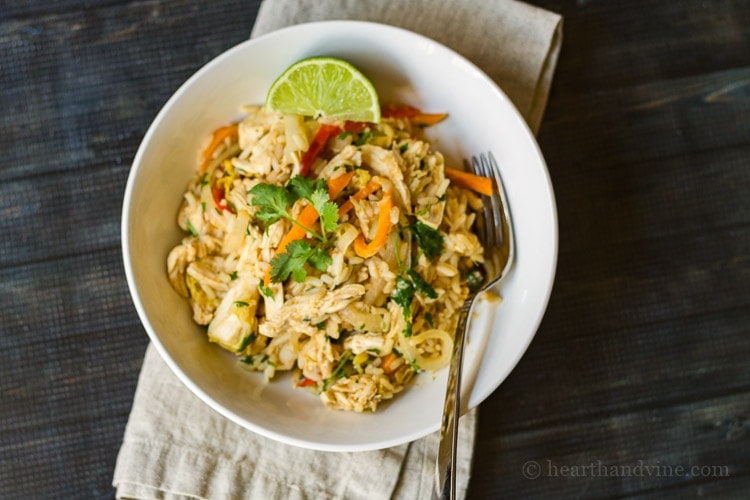 Normally the burrito is served in a tortilla. However, when my friend suggested we order the bowl, I was all for it. Fewer carbs, with all the goodness still in place. 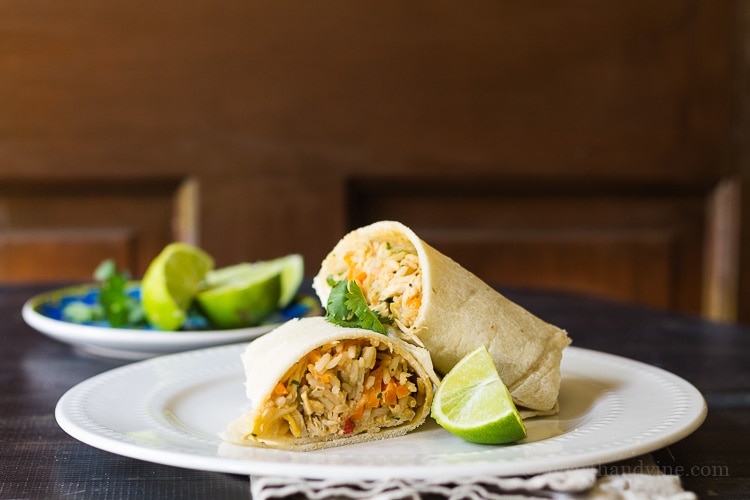 Not a bowl person? Serve it in a tortilla. You can even make your own flour tortillas with this recipe.

So if you love a good burrito bowl and the taste of Thai food try staying in and make some of these Thai burrito bowls instead. 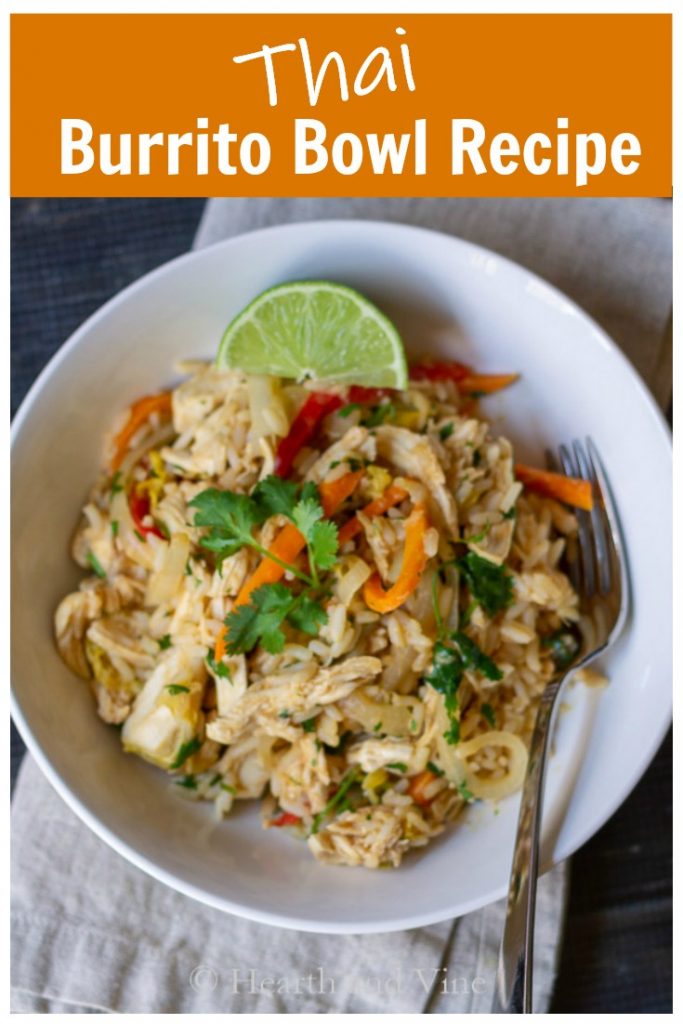 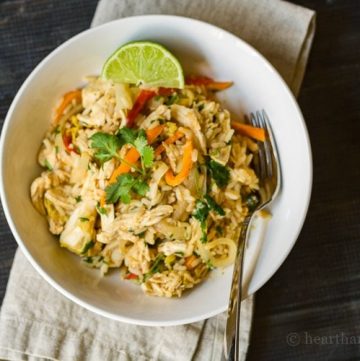