Learn about growing, harvest and cooking with parsley. Included are two easy recipes that feature parsley and help introduce its flavor. 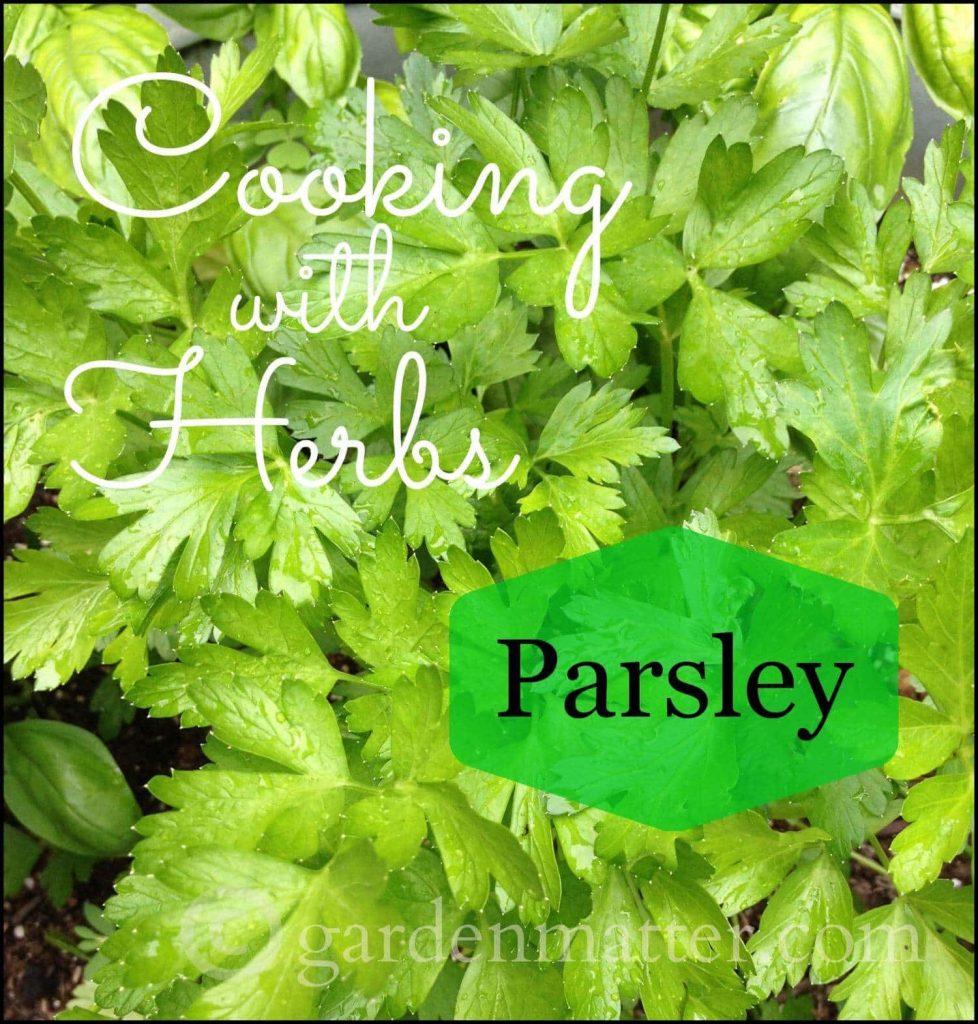 Cooking with parsley is the 5th herb presented in this six-part series. It's is probably to most used and well-known of all herbs. I'm sure you've seen it used as a garnish at restaurants, however, if you are not using it in your cooking, you are missing out.

Parsley is a biennial, which means it comes back after the first year in the garden. The second-year it produces flowers and sets seeds to end its life cycle.  It is reported to be hardy to zone 6, but even if it makes it through the winter, most agree that the second year leaves are not as tasty, so you are better off treating it as an annual. Parsley can be grown from seed but is very slow to germinate and doesn't like to be transplanted, so I buy it already started from the nursery.

Parsley is best harvested by cutting the outer leaves near the bottom of the plant. This is the oldest growth, and removing them will encourage the plant to produce more stems and create a healthy bushy plant. 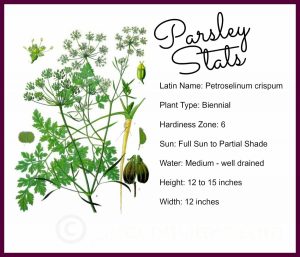 Parsley is one of the few herbs I do not preserve. It really doesn't taste good when dried. You can use the freezing method as described earlier with the other herbs in this series, however, I find that in our region large bunches of parsley are available in the grocery store at an affordable price, which is why I just buy it in the off-season and keep it in a glass with some water in the refrigerator.

When it comes to cooking with parsley I prefer Petroselinum crispum ' neapolitanum,' or Italian parsley. This is the flat-leaf parsley, which has a stronger flavor than curly parsley. It adds a freshness to many dishes such as soups, casseroles, sauces, and dressings. Like most herbs, obtaining the best flavor can be accomplished by adding it at the end of the cooking process.