Learn about scented geraniums whose foliage is the star of the show. There are many different varieties and many grow well indoors during the winter. 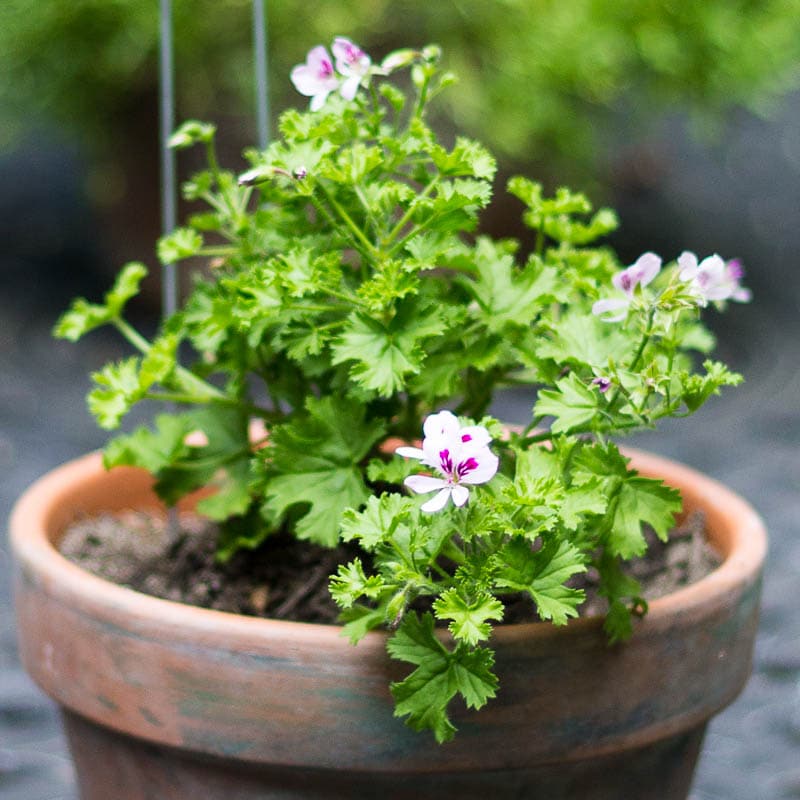 Did you know that there are more than 100 varieties of scented geraniums in with interesting varieties such as mint, rose, apple, apricot, nutmeg, lemon, orange, lime, ginger, cinnamon and coconut? These are not the mass produced geraniums you see in every garden center in the spring. 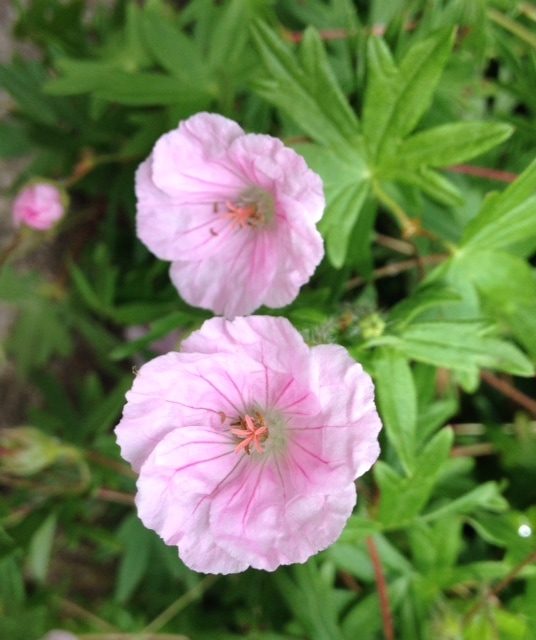 Those geraniums also known as zonal geraniums display a beautiful array of flowers in many colors, but they are not fragrant. Though both are called geraniums they are actually from the family called Pelargonium. A true geranium, though related, is a hardy perennial and a totally different plant. You can read more about hardy perennial geraniums here. 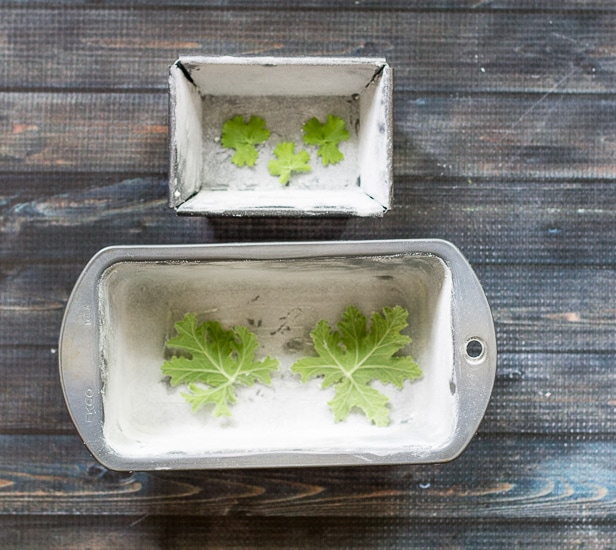 Scented geraniums are prized more for their leaves and produce small delicate flowers. Both the flowers and leaves are edible. A common use in cooking is making a scented geranium pound cake lining the pan with scented geranium leaves. Another is making scented geranium sugar by layering the leaves in a jar of sugar. After a week or so you will have scented sugar to use as you wish. 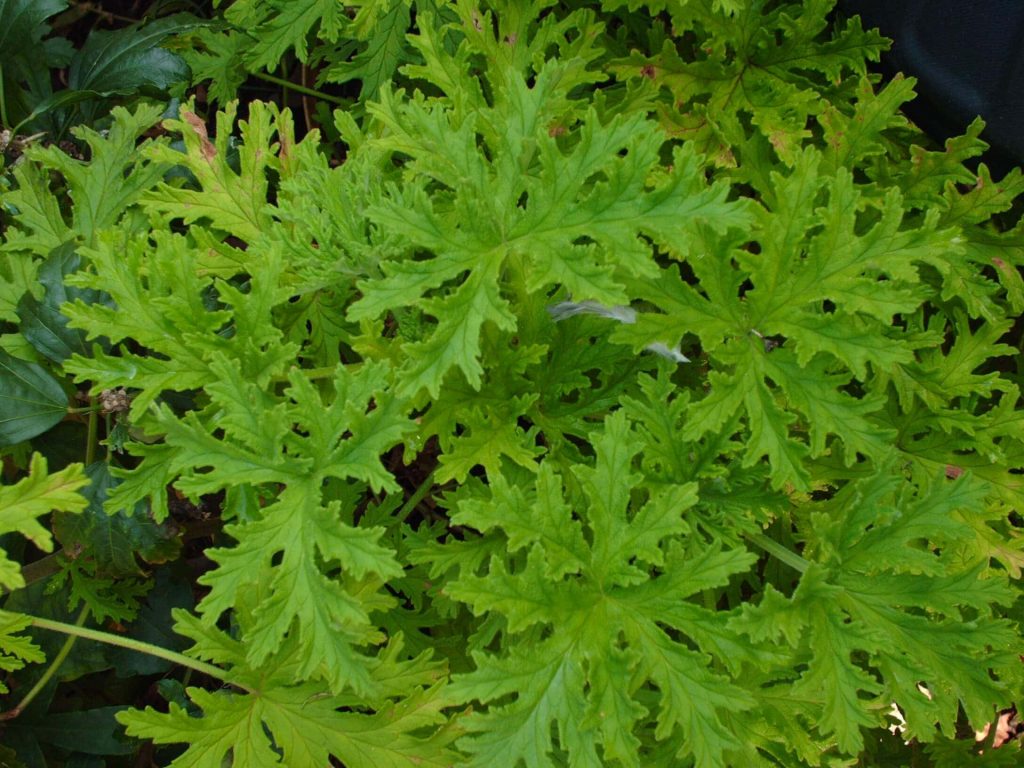 You may be familiar with a scented geranium known as the mosquito plant or Pelargonium citrosum. This plant can usually be found at most big box stores and nurseries in the summer. Some claim it wards off pests but in reality, it does not contain citronella oil; it just has a citronella-like scent. 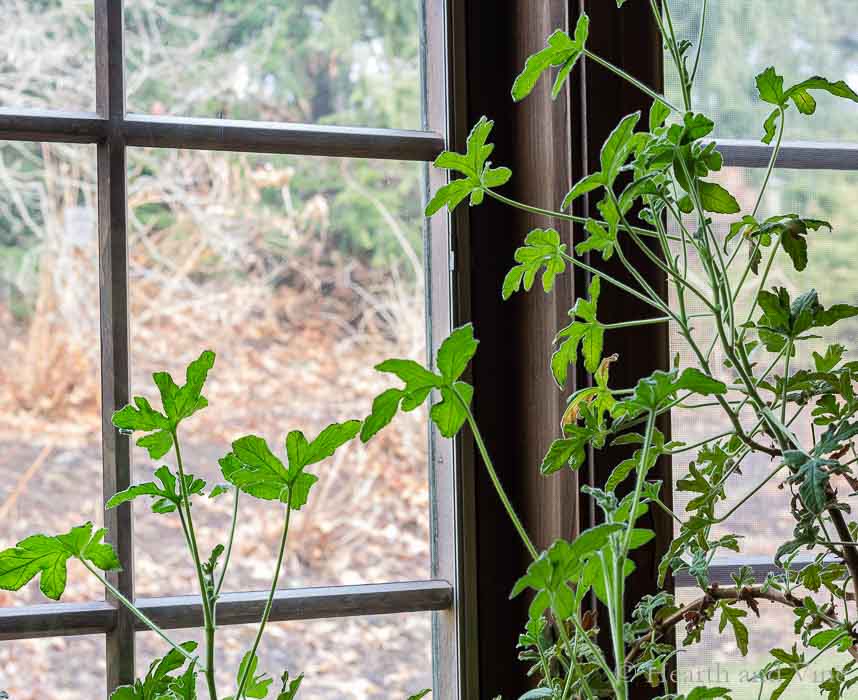 Scented geraniums are native to South Africa and are considered tender perennials hardy only to zones 9-11. This means you need to bring them in during the winter if you live in a colder climate. Just put them in a sunny window and water well once a week. In late spring start acclimating them to the outdoors again by gradually leaving them outside for a few hours during the day and bring them back inside at night. Increase the amount of time daily until the nighttime temperature reach over 50 degrees. 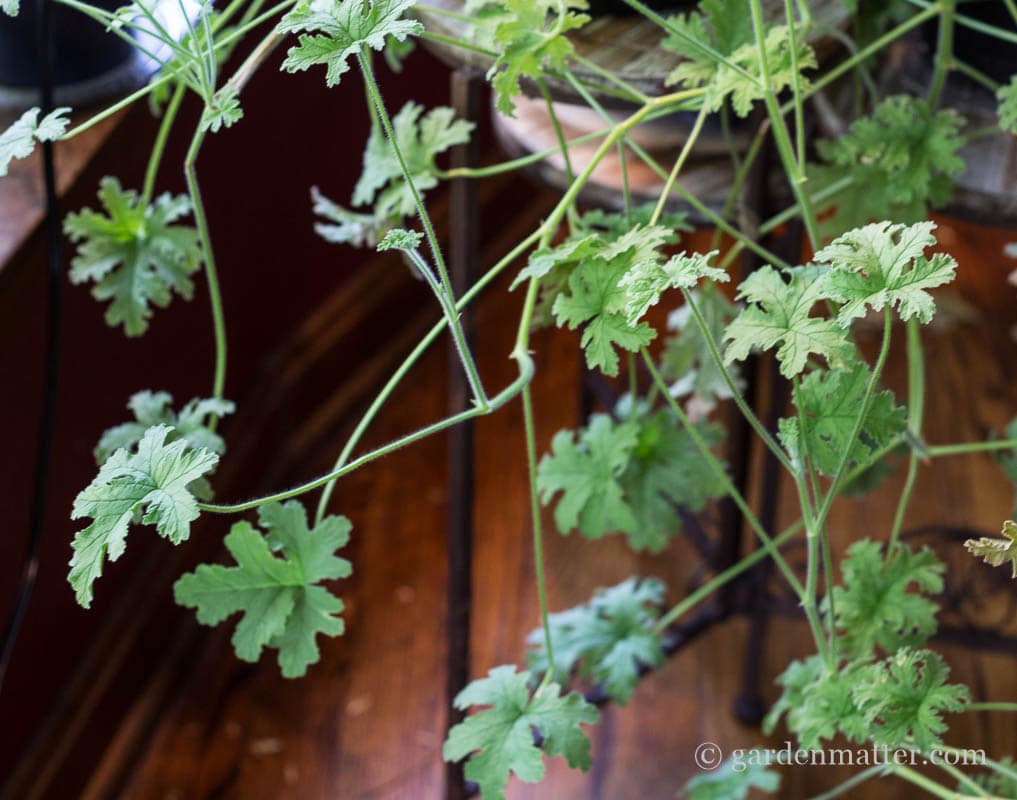 Scented geranium are known to get leggy and should be pinched back to encourage a bushy shape. Take the cutting and root them in water for new plants to grow or give to friends.

I’ve read that they can be trained as a standard which I think would be beautiful and may even try training one myself. In the meantime I enjoy rubbing the leaves as I walk by and enjoying their wonderful scent.